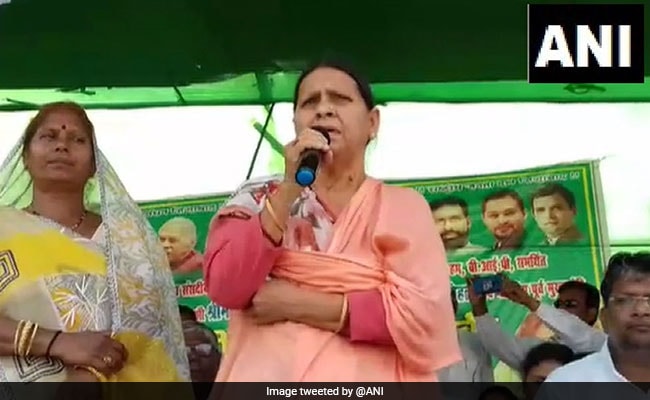 Former Bihar chief minister Rabri Devi on Friday claimed that Nitish Kumar’s writ no longer ran in the government he was heading, and it was the BJP, his numerically stronger ally, which was calling the shots.

The RJD national vice president, who preceded Mr Kumar in power, was replying to queries from journalists about the recent bureaucratic reshuffle.

“The writ of Nitish Kumar no longer runs in his own government. He should have thought carefully before taking oath as the Chief Minister again,” said Rabri Devi, taking a dig at the JDU leader who retained the top post despite his party finishing a distant third in the assembly polls.

The BJP returned with a tally of 74 in the 243-strong assembly while the JD(U) could manage only 43.

The RJD, though it fell short of achieving power, won the maximum number of 75 seats.

“All those who have been loyal to Nitish Kumar and known to be having his interests in mind are likely to be sidelined in the days to come,” alleged the RJD leader.

A large number of RJD supporters visited Rabri Devi’s 10, Circular Road residence on Friday to greet her on her 65th birthday.

Asked about the charge by JDU-BJP combine that her son and heir apparent, Tejashwi Yadav, had the propensity to “run away” from Bihar, an allusion to his frequent trips to the national capital, she said, “People visit places because they have some business there. Do the leaders of the BJP and the JDU spend their lives locked in safes?”

She asserted that “only members of my family or my party have the right to question my son about his personal life”.

She also expressed concern over the deteriorating health of her husband, the RJD’s jailed chief Lalu Prasad, and voiced displeasure over the NDA raising the issue of his prolonged stay at a bungalow — allotted to a senior medical officer — in Ranchi, where he is serving sentences for his involvement in the fodder scam.