There were media reports in Antigua that the police have launched a manhunt for Mehul Choksi. (File) New Delhi: Fugitive diamantaire Mehul Choksi, who is wanted by the Central Bureau of Investigation (CBI) and Enforcement Directorate (ED), has gone missing in Antigua and Barbuda. For the first time, Choksi’s counsel advocate Vijay Aggarwal, confirmed that […]

Barge Accident: No bodies were located underwater, Navy said (File) Mumbai: Navy ships INS Makar and INS Tarasa on Monday carried out diving operations 35 nautical miles from Mumbai coast to locate the bodies of missing personnel on board tugboat Varaprada, a week after it went adrift in the Arabian Sea, an official said. “The […]

The troops remained in Washington for months following the January 20 inauguration of Joe Biden. Washington: The US Capitol stood unprotected by National Guard troops for the first time in nearly five months Monday as concerns about right-wing extremist threats have diminished since the January 6 attacks. The last 2,149 of what had been nearly […]

Pfizer said discussions with the centre – to roll out its vaccine in India – were “ongoing” (File) New Delhi: States scrambling to buy Covid vaccines directly from foreign manufacturers – to boost what they say is insufficient supply from the centre – seem to be running into a roadblock in some cases, with at […]

UK Home Secretary Priti Patel. (File) London: UK Home Secretary Priti Patel on Monday described the recently signed Migration and Mobility Partnership (MMP) with India as a new gold-standard for immigration, which will open up opportunities for thousands of British and Indian citizens to live and work legally in each other’s countries. In a major […]

Lucknow: The Yogi Adityanath government in Uttar Pradesh is preparing to connect children to the ‘AYUSH Kavach App’, an initiative of the AYUSH Department under the government of India. This will help people access prescriptions to strengthen their immune system through Ayurveda and to educate people about effective home remedies, especially for children who are […]

Dehradun: Uttarakhand on Monday reported the lowest number of COVID-19 cases in last 39 days with 2,071 people testing positive for the infection which claimed 95 more lives. On Monday, the Covid positivity rate also plummeted to 6.4 per cent, the lowest since May 1 in the state. Dehradun recorded the highest number of 423 […]

Altnews.in co-founder Pratik Sinha speaks to NDTV about the website’s investigation into the alleged ‘toolkit’ documents that were tweeted by BJP leaders, and explains the discrepancies found. . Source link

On Sunday, the Indian Navy announced that a total of 86 bodies have been recovered from the Arabian Sea so far, including 70 from the two vessels that went under and 16 which were washed ashore on Maharashtra and Gujarat coasts. There were 261 persons on board the Papaa-305 and 13 others on the tugboat, […]

Chennai: A reputed group that runs the Padma Seshadri Bala Bhavan (PSBB) schools in Chennai has suspended a senior faculty member, after allegations of his misconduct were posted on social media by students of the school. The allegations by current and former students came to light via Instagram on Sunday night, following which it spread […]

Dehradun: The Uttarakhand government on Monday extended the COVID-19 related curfew period across the state till June 1. The period of the ongoing curfew in the state was scheduled to come to an end at 6 am on Tuesday morning. Giving the information here, Cabinet Minister and the state government’s spokesman Subodh Uniyal said shops […]

Kerala has had historical and longstanding sociocultural ties with Lakshadweep. Thiruvananthapuram: A large section of Kerala, including celebrities, politicians, social media users, and the general public, is angry or wary about some of the changes brought about by the Union Territory’s newly-appointed Administrator, Praful K Patel. The tweaks he has brought about since taking over […]

“The Family Man 2” trailer has evoked widespread opposition from the people of Tamil Nadu Chennai: The Tamil Nadu government on Monday requested the Centre to take immediate action either to stop or ban the release of ”The Family Man 2” webseries on Amazon Prime, saying it depicted the Eelam Tamils in a “highly objectionable […]

Kolkata: Cyclonic storm Yaas is likely to make landfall near Balasore in north Odisha at a speed of 155 kmph to 165 kmph, gusting to 185 kmph, around noon on May 26, the Met department said on Monday (May 24). Anticipating the fury of the storm, Union Home Minister Amit Shah reviewed preparations including evacuation […] 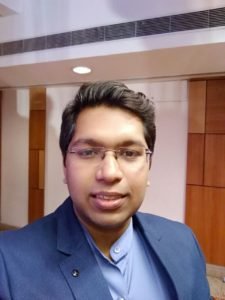 Horoscope for May 15 by Astro Sundeep Kochar: Keep calm Taurians, Capricorns will be lucky in love!