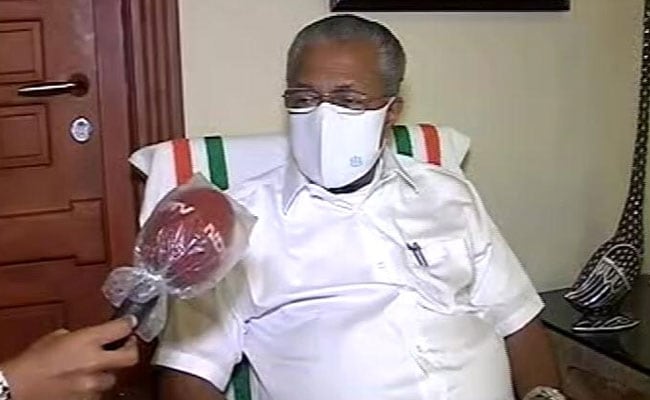 Kerala Chief Minister Pinarayi Vijayan on Tuesday urged the central government to set up an AIIMS in the state as well as provide pending GST dues worth over Rs 4,500 crore.

Addressing the media in the national capital, Mr Vijayan said he has asked the Prime Minister to immediately provide pending GST (Goods and Services Tax) of Rs 4,524 crore related to 2020-21 fiscal.

There are financial issues and the state needs a lot of help, the chief minister said as he mentioned about raising the GST dues matter with the Prime Minister.

The demand for an AIIMS (All India Institute of Medical Sciences) in Kerala has been pending for a long time.

“We discussed the demand for AIIMS in Kerala and the Prime Minister was very positive in his response,” Mr Vijayan said.

Mr Puri is the Minister of Housing and Urban Affairs as well as Minister of Petroleum & Natural Gas. Vaishnaw is in charge of the portfolios of Railways, Communications and Electronics and Information Technology.

This is the first visit by Vijayan to the national capital since CPI(M)-led Left Democratic Front (LDF) came back to power in Assembly polls held in April. He took oath as the chief minister for the second time along with 20 ministers on May 20.

(This story has not been edited by NDTV staff and is auto-generated from a syndicated feed.)

Posted on February 12, 2021 Author source below